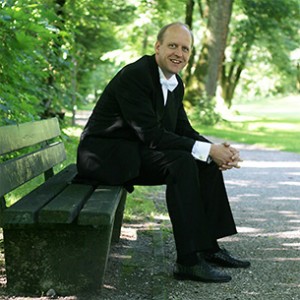 As long as it’s difficult. Technic difficulties can’t be too enormous for him, elaborate playing techniques too complicated: From the piano repertoire Michael Dorner can choose whatever he wants. (Newspaper “Lüneburger Zeitung”)

Ravel and Strawinsky formed a bracket from the beginning of the century and also to this aim Michael Dorner made it convincingly clear what a highly competent interpreter he is for the music of that century. The pianist played Ravel’s “Valses nobles et sentimentales” with resiliently tension and with elegant noblesse, formulated very clearly, with a deep understanding for a great tranquillity and for crystalline-brilliant magic tones. Covered with fine nostalgia, but nevertheless wide awake. Dorner endowed the three movements of Strawinsky’s “Petruschka” with a pin-sharp detailedness and exemplary conciseness, he formulated the dreadfully difficult piano work with playful ease and elegance. The pianist repeatedly built up great insistency, hurled sparkling crystals from the grand piano, and still succeeded quite amazingly in capturing the tense activity. (Newspaper “Rhein-Neckar-Zeitung”)

The programme was right when it suggested in the foreword that we would experience an imaginative artist who guarantees a lovely and relaxing concert evening. Michael Dorner was not only a perfect, virtuous and technically superior master of the keys, but did complete justice to the pieces he played in accordance with the titles of the movements and to whatever the composer wanted to emotionally express. For this reason he was just as at home in the Baroque music of J. S. Bach during the 17th/18th centuries as in the music of Frederik Chopin of the 19th century. In the factually linked pieces by Mozart, the Fantasie KL 475 and the Sonata KL 457, both in C-minor Dorner emphasises the whole sonorous range of a Mozart piece. This was effected in a convincing balance of melodious adagios, a playful andantino, ending with a vehement, energetic allegro assai which was, however, played with great expression. (Newspaper “Haßfurter Tageblatt”)

Further recordings (including contemporary piano music) can be found under Media